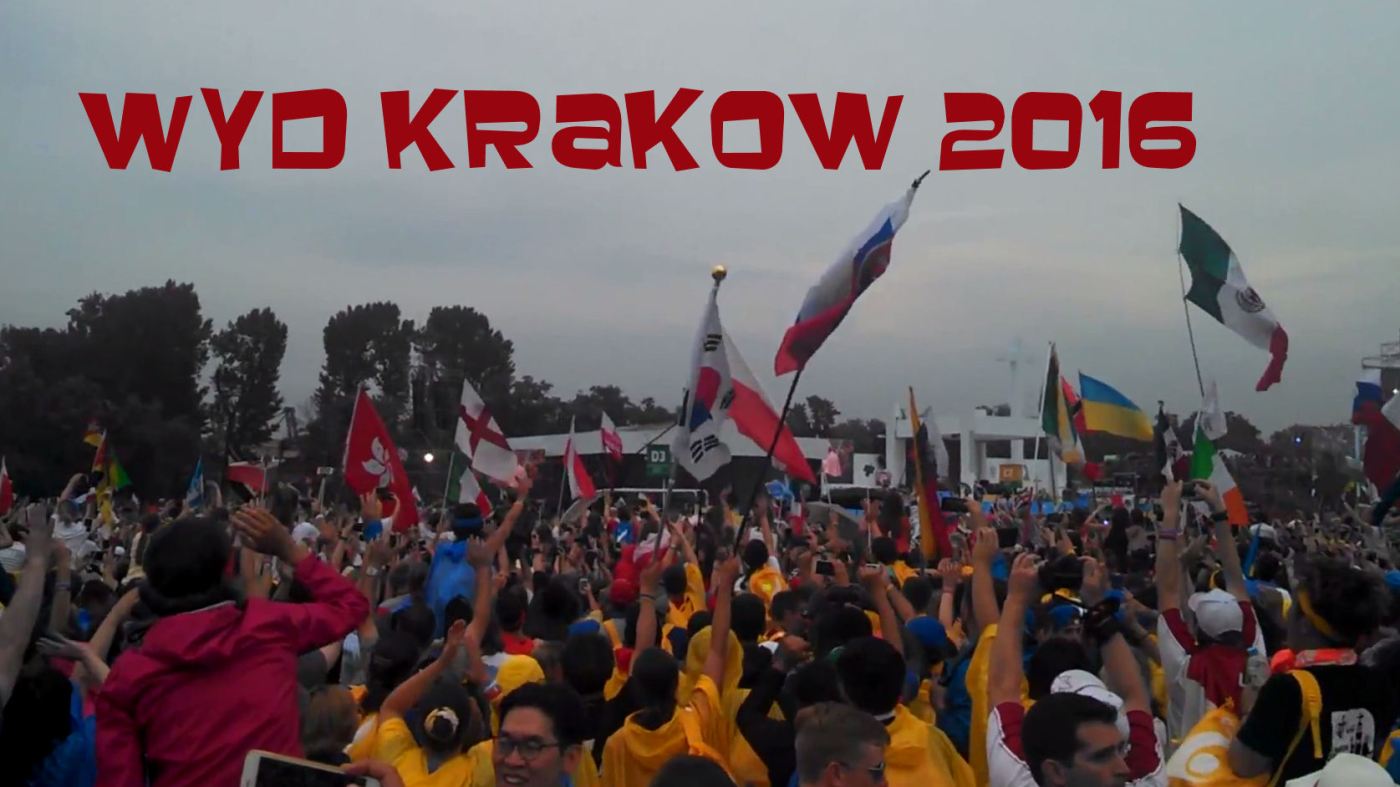 I’m back!  Yes, I know I’ve disappeared for two weeks, but don’t worry I’m still alive. 😉  I am very happy to be back again and hopefully you are too!  These past two weeks have been crazy with a whirlwind of life changing moments.  I just attended World Youth Day in Krakow, Poland with three million youth from around the world!!  I was able to see Pope Francis four times, walk through four holy doors for the year of mercy, visit Auschwitz and St. Faustina’s church where I kissed her relic, and walk a total of about 75 miles during this whole pilgrimage.  And the list continues…  This pilgrimage has been the opportunity of a lifetime and something I will never forget.  Yes, like any pilgrimage though there was pain, sacrifices, and discomfort, but through the prayers of so many people back at home God gave me the strength to endure and also much joy.  I had many life changing experiences and I wanted to share three that greatly touched and inspired me.

The first thing that greatly affected me was the enthusiasm and friendliness of everyone at WYD.  We would high five random people we passed by, sing songs with other groups while waiting in long lines to pass the time, and talk to people from all over the world.  One time while waiting for our flight on the way there, there was another group going to WYD that formed a circle and sang songs right in the middle of the airport!  Even though I’m sure they were tired they praised the Lord and gave testimonies to passerbys for hours!  I was shown how joy and unity arises when together we praise the Lord through song.

During the time in Krakow, I was also shown the power and importance of prayer.  We were trying to get public transportation to the morning Mass, but after waiting for half an hour, there was still no tram showing up.  We flagged down a taxi, but it wasn’t big enough for all of us.  We were out of options.  All of a sudden as if God hit me with a lightning bolt, I remembered and suggested for us to start praying.  Before we could get to a second Hail Mary the first tram pulled up.  All that stress, effort, and time wasted because we tried to figure it out on our own instead of first asking for God’s help.

Lastly I was greatly humbled and awed by St. Mary’s Basilica in Krakow, Poland.  The gold statues, colorful paintings, intricate sculptures, and just the whole majestic interior made me wonder, “If this church could be so beautiful, just imagine how much more beautiful God and Heaven is.  It’s unimaginable.  St Mary’s Basilica was the most beautiful place I’ve ever seen and I was brought to my knees in humble admiration and adoration of God.

The stamina, power, and love of the whole crowd during the events of WYD was electric and nothing could ever compare.  Many powerful experiences touched or taught me and I’ll never forget them.

My name's Monica and I love my Catholic faith and writing! So I decided to start a blog called https://desiringheaven.com to encourage and help others like you to someday become a saint! I'd be overjoyed if you came over and joined me in striving for Heaven by subscribing. Or just come say hello and tell me how your heavenly journey is going! I'd love to hear from you!!

I am so glad you took the time to come check out my blog! I hope you like it and leave a better person, smarter in the faith, or encouraged to stay strong and have joy! I'd love if you continue to stay connected by subscribing! Let's work together to reach Heaven by living life to the full with joy and love for Christ!